All About Birthstones: Part I

At Charmco, we are proud to offer a selection of beautiful and unique gemstone charms, featuring a variety of precious and semiprecious stones such as diamonds, sapphires, rubies, emeralds, amethysts, and more. With so many gemstones to choose from, determining which one is right for you can feel overwhelming. Thankfully, there are several tried and true methods for deciding, such as opting for a stone in your favorite color, choosing a stone that coordinates with a certain goal or value that you cherish, or selecting the stone that represents your birth month — also known as a birthstone.

Birthstones are believed to have originated with the breastplate of Aaron, which contained twelve gemstones representing the 12 tribes of Israel, as described in the Book of Exodus. Over the centuries these 12 stones would come to represent different things for different cultures, such as the 12 signs of the zodiac and the 12 months of the year. In 1912, the American National Association of Jewelers created a standardized list of birthstones, which is still used today.

In this blog post, we explore the birthstones of January, February, March, April, May, and June, and provide several options for 14K gold charms featuring each month’s stone. Keep an eye for Part II, in which we discuss the last six birthstones of the year. 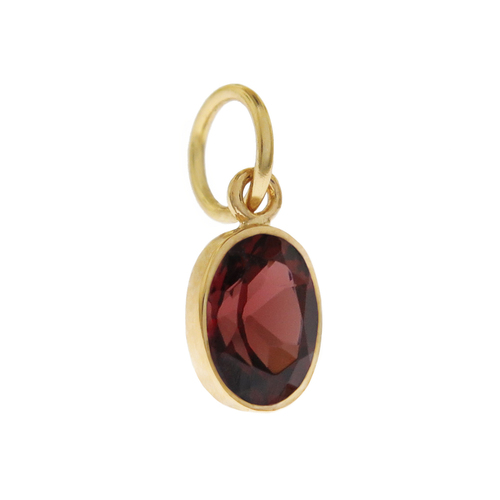 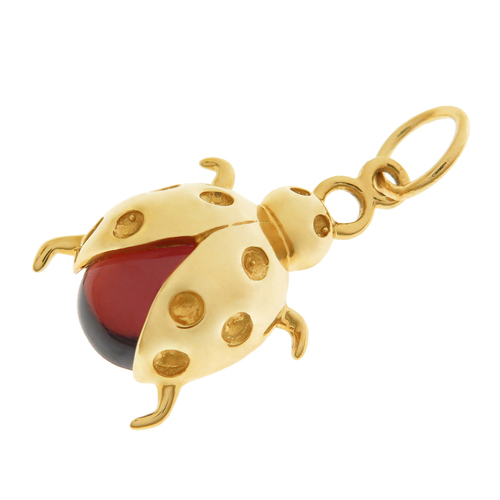 While garnets come in a rich palette of different colors, the most common garnets seen today are red. According to Indian astrology, garnet is said to help eliminate negative feelings such as depression and guilt and instill the wearer with greater self-confidence and insight. In medieval times, garnets were thought to soothe angry hearts. 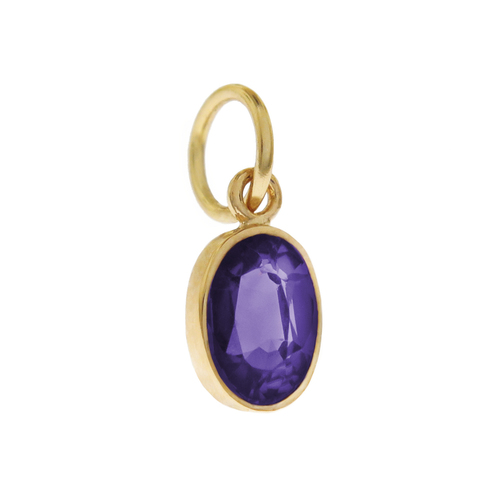 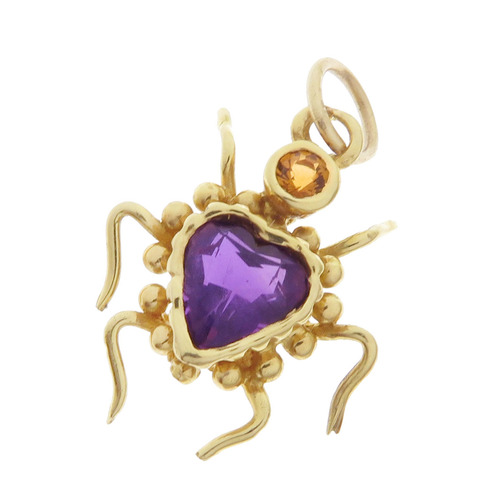 Amethyst is the purple variety of quartz. It is said to be a symbol of personal empowerment and inner strength, and is believed to instill courage and wit in those who wear it. Renaissance Europeans thought that amethyst could calm lovers overrun by passion, while ancient Greeks believed that amethyst could protect its wearer from drunkenness. 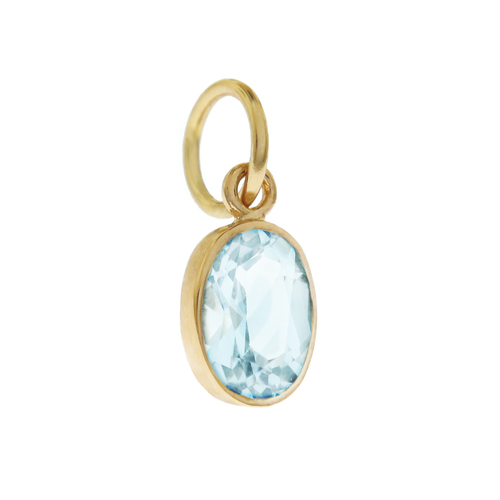 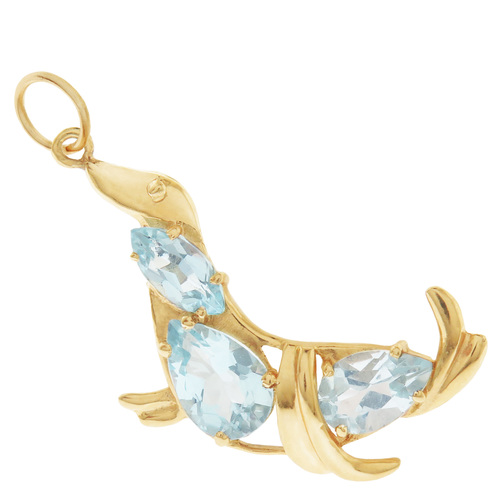 Evoking the colors of the sea, faceted aquamarines are often free from inclusions (trapped material), and thus as clear as water, making them the perfect symbol for purity Ancient mariners claimed that aquamarine could calm waves, keeping sailors safe at sea. It is also believed to bring happiness in marriage, making it a great gift for newlyweds. 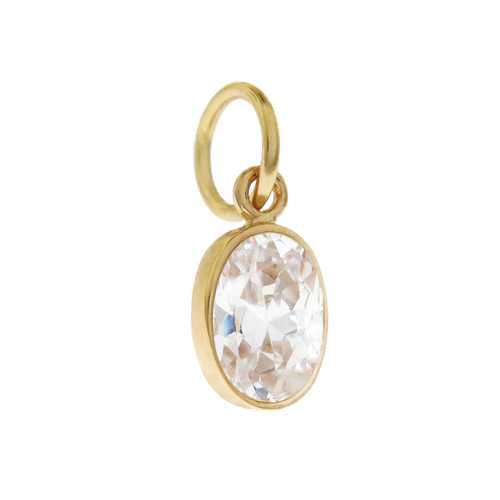 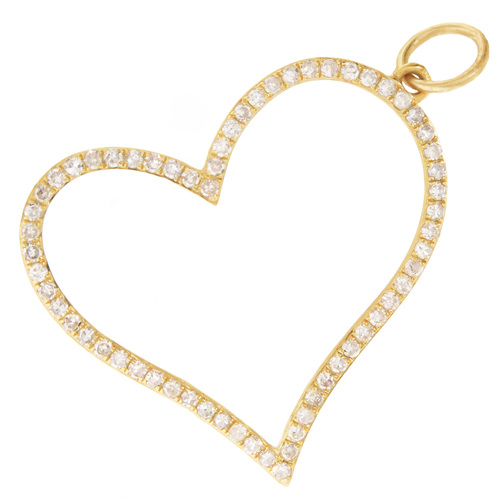 Those lucky enough to have April as their birthday get to enjoy diamond as their birthstone. Known for their strength and clarity, diamonds have long been coveted by royalty and the wealthy, and today they are the traditional gem for engagement rings. Some people believe that diamonds can ward off illness and evil, and instill longevity, strength, beauty, and happiness. 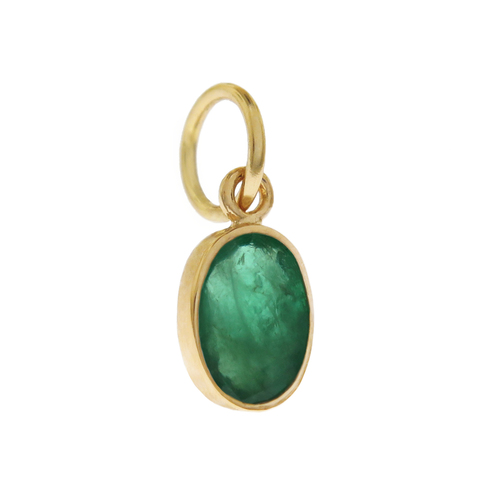 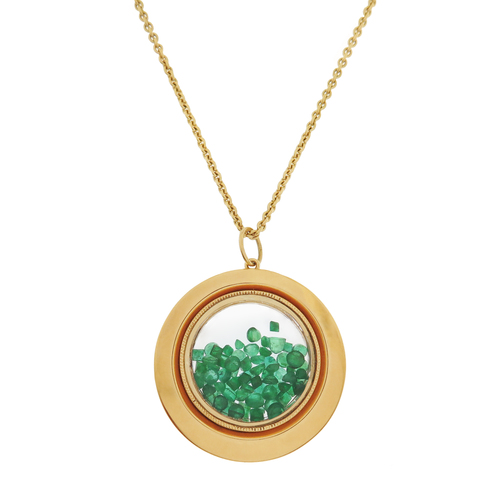 Emerald is the perfect birthstone for May, as its beautiful green hues mirror those of spring. Legend has it that wearing emerald can make a person more intelligent and quick-witted. Emerald is also thought to have magical powers that allow one to see into the future. Many people feel soothed by the color emerald and, in fact, scientists have found that looking at green objects relieves stress and eye strain. 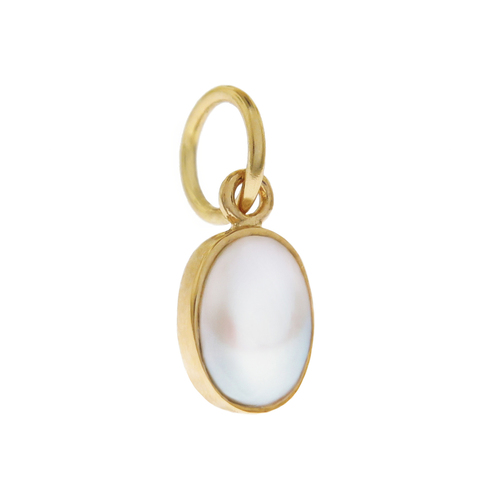 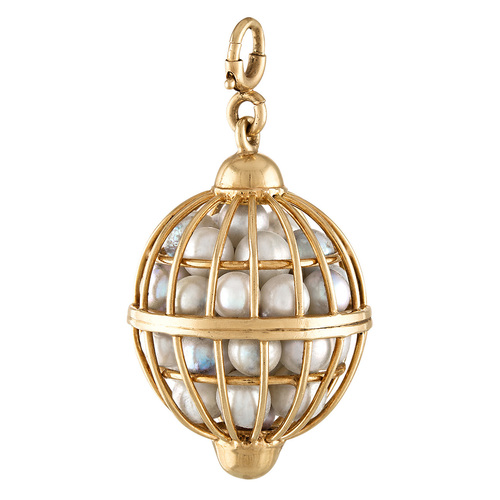 Those born in June get to enjoy pearl, an organic gemstone that grows inside saltwater or freshwater mollusks, as their birthstone. Pearls are often associated with purity, humility, and innocence. Ancient Indians believe that pearls bestowed longevity and prosperity, while 19th-century Arab physicians maintained that pearls improved eyesight, nervousness, and depression.

Those born in July through December should keep an eye out for Part II of this series, in which we explore the final six birthstones of the calendar year. Visit our gemstone collection for even more stunning 14K gold gemstone charms.